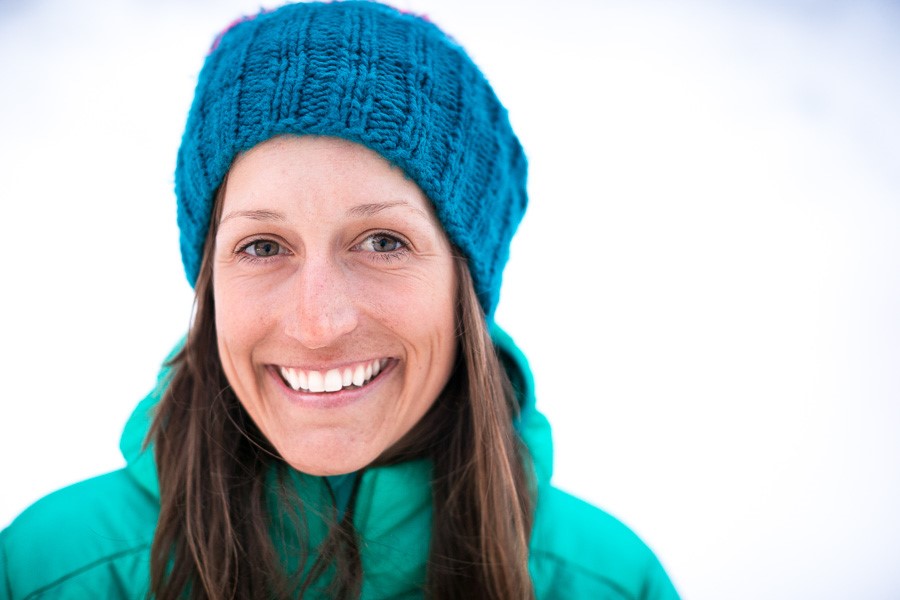 I grew up in the city- but the mountains certainly raised me. Driving to and fro from the concrete jungle of Calgary, AB to the frosty peaks, icy rivers and wildflower filled meadows of the Canadian Rockies weekend after weekend as a child engrained a deep appreciation for all the creature comforts that the wilderness provides.

The freedom of the hills has found me, and Revelstoke is now the place that I reside.

Creativity, strength, health, freedom and friendships have all been fostered by this existence- Which has led me to ski, climb, bike, write, travel, connect and explore far off corners of the earth.

My dedication to deepening my connection with the mountains, their culture and the people that inhabit them has led me on a path as a professional skier, marketer, event producer, writer, and adventurer.

Skiing has shaped my life in many ways. I started sliding down the gentle slope in my backyard when I was two years old.  My parents were both avid skiers and most of our family vacations were spent marching around  the backcountry at our family ski cabin Amiskwi Lodge. I spent the first nineteen years of my life travelling the world as a competitive ski racer, and after highschool I was drawn away from the gates and into the backcountry for good.

I attended the University of Calgary and received a BA in Communications and Culture in 2008. Since graduation I have worked and skied, signing with sponsors such as Arcteryx, Atomic Skis, Revelstoke Mountain Resort and Giro- filming with production companies such as  Sherpas Cinema, Unicorn Picnic, B4 Apres and Ride Guide Television.  In between ski days I like to keep myself busy. I have managed events for the likes of Revelstoke Mountain Resort, the Freeride World Tour, Sherpas Cinema and various charities. My writing has been featured in magazines such as Freeskier, Kootenay Mountain Culture and SBC Skier. Currently I am managing the marketing initiatives for Mica Heliskiing, a Revelstoke-based heliskiing operation.

In 2011, I co-founded the  Live It! Love It! Foundation in hopes of helping those with physical and mental challenges access adventure and the outdoors. One of my biggest joys is sharing my love for the mountains with others and over the past decade I have coached for the Banff Alpine Racers, Rocky Mountain Freeriders, Whistler Freeride, Girls Day Out  and CAPOW.

Life is an incredible adventure and I  am happiest when I’m moving, learning, creating, spending time  with friends and family,  and snow is falling.

Shred sticks.
Happy V day lovers. ❤️ Rather than wait around impatiently for chocolates and flowers, I’m taking today to get all hot and heavy on our nation’s key decision makers to reject the Teck Frontier Mine- An action that could help halt the largest open-pit tar sands project in history. 🤢 If approved, this project would make it impossible to reach Canada's climate targets 👎🏼and would be devastating to nearby indigenous communities, 29,000 hectares of old growth forest and wetlands and destroy key wildlife habitats. 😫😢 If you want to join me, @protectourwinterscanada is making it super easy for you to show your planet 🌎 love with our new Enthusiast to Advocate tool. WIth the click of the link in my profile, you can send a letter that will reach Prime Minister @justinpjtrudeau, Deputy Prime Minister @chrystiafreeland, Environment Minister @jonathanwnv, and Heritage (and Sport) Minister @stephenguilbeault) telling them you want to #REJECTTeck in the name of ❤️ for our planet. 💪🏽 It takes less than a minute. The 🇨🇦 government has until Feb 28th calendar to approve this project, so time’s a ticking. Take today show your love to the wild places, people, and habitats that you are passionate about, because if not- soon they’ll be gone. 💋💋💋
Here’s a little story for you. The first time @cam.stu and I tried to go skiing in Jackson it was 2002(ish) and our ski team van lost control and rolled three or so times off the highway somewhere in Montana in the middle of the night. I woke up about 50 feet from the wreckage barefoot in a snowbank (thrown out the side window). From what I remember Cam ended up with his leg through a window and a badly injured knee. Other than some relatively minor injuries our whole team miraculously hobbled away. Not only did we live to tell the tale, but 18 years later we have reunited through work with @arcteryx and this past weekend we got redemption on that failed Jackson Hole adventure with an absolutely perfect ski day in Grand Teton National Park (which is much better than the icy race course we probably would have skied way back then). The moral of this story is: always wear your seatbelt and skiing powder with your friends is the best.
There is a little series on the Bird Blog with interviews of some of the familiar faces at this year’s @arcteryxacademy in Jackson, Wyoming. (link in bio). @arcteryx
Sun and powder in Grand Teton National Park to cap off an amazing @arcteryxacademy in Jackson! Thank you @arcteryx for putting on such and incredible event. Photo: @lucysack
No screens, no schedules. Just a good old monochromatic walk in the woods. #thebasics #keepitsimple #getoutside
%d bloggers like this: